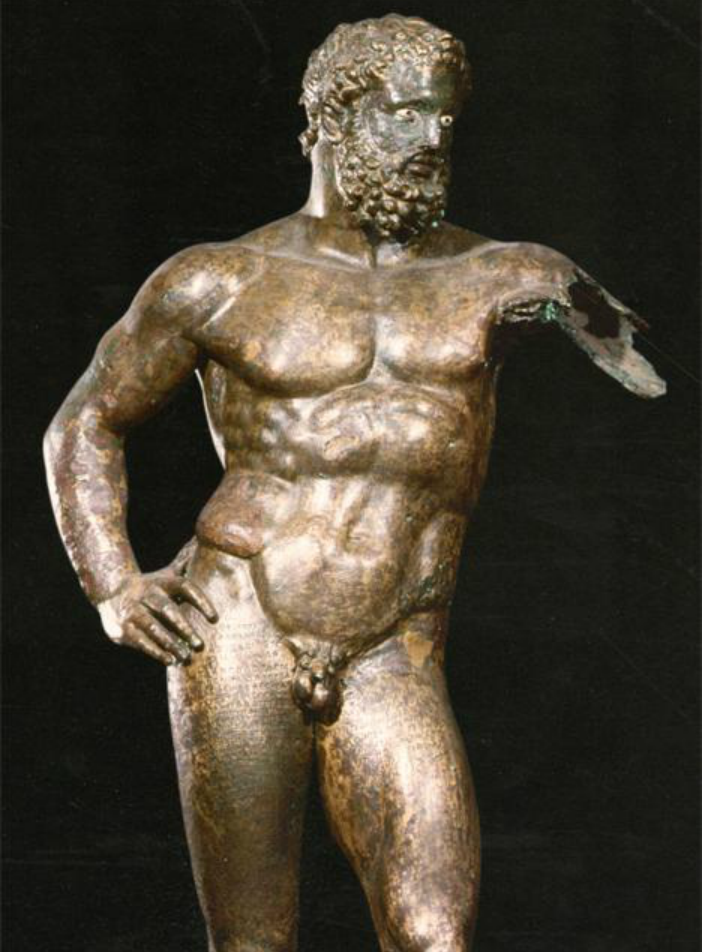 The BHM bears an inscription on each leg: Greek on the right thigh, Parthian on the left. Both inscriptions provide essentially the same information. The statue was taken by the Arsacid king Vologaeses IV from Mesene (also known as Characene), a client kingdom in southern Mesopotamia that had fallen out of the Parthian orbit after Trajan’s invasion in 116/7 CE. 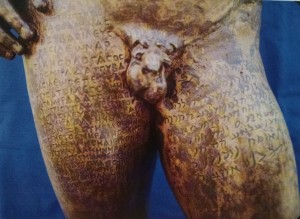 Vologaeses’ campaign apparently reestablished Mesene’s subordination to the Arsacid kingdom. The text states that the king drove out the previous ruler Mithradates and “became master of the whole of Mesene.” He then took the Heracles statue back to Seleucia and dedicated it there in the temple of the god Apollo (Parthian Tir). According to the Greek text, this dedication took place in the year 462 of the Seleucid era, or 151 CE. The Arsacid year of 398 was presumably recorded in the (now illegible) first two lines of the Parthian text.

For scholarly discussions of the statue and its inscription, see (among others) Schmitt 1998: 172.

Back to the BHM Main Page